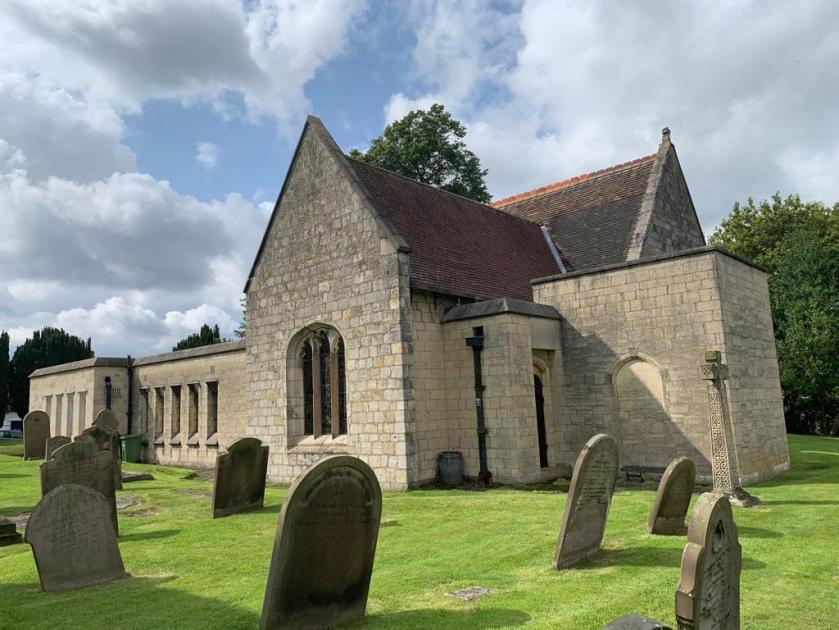 We’ve wrapped up the third and final week of the Mary Ward summer school. This has been a shorter week – only three and a half days – but it has been equally intense. We examined the period of Mary Ward’s life after she arrived in Rome in 1621 up until her death in England in 1645. The years between 1621 and 1631 were a time of rapid expansion of the Institute and of tensions with Church authorities, resulting in the suppression of the Institute.

This period of Mary’s life gives something of a balance to the earlier period of her life in that it gives us a reality check on who she is: a woman with flaws. Our earlier studies, and especially the study of her spirituality and her inspirations for founding the Institute (‘Glory’) and its manner of life (‘Take the Same’) and the qualities of its members (‘The Just Soul’) emphasized the virtues and courage Mary exhibited. This latter part of her life, while still demonstrating virtue and courage, also showed us the actions of a woman who made some poor decisions. During this time, she was often severely ill, likely extremely fatigued, burdened by administration and care for the well-being of her Institute members, and consequently, appears to have made some imprudent decisions.

While it is true that Mary strove for a new form of religious life for women in a period of Church history that was not ready for it, her burst of apostolic activity [expansion into Cologne and Trier (1620-21), opening a school in Rome (1622), setting up foundations in Naples (1623), Perugia (1624), Munich and Vienna (1627), and Pressburg (1628)] without the Institute being approved by the Holy See, and in certain cases, without permission of the local bishop to step up shop, was not good strategy for being accepted by the Church. We also learned that the foundation in Liege had suffered terribly in Mary’s absence, its members suffering from poverty and hunger, and, in fact, dying from these conditions. Given the suffering in one of her foundations, it is hard to understand why Mary put so much effort into expansion.

We can interpret her activity as being based upon her conviction that she was following the will of God for her Institute, believing that “by their fruits ye shall know them” and attempting to demonstrate the value of her Institute to the Church, thereby securing approval for it. However, the reality of the political situation at that time really required more careful diplomacy from her. In addition, she was initially defiant in response to the suppression of her houses, seemingly based on misinformation, which did not help her cause either. The actions of one of her companions, Winifred Wigmore (who I love for her feistiness but who I suspect had a difficult personality), also contributed to the subsequent Bull of Suppression in 1631.

A letter from a school visit to Mary Ward’s tombstone

Of course, it is easy from this point in history, when we have access to all kinds of information and have a better understanding of the political and religious lay of the land than Mary Ward did, to point out the flaws in her judgment and in her strategy. She did what she was able to do.

This week, then, has been about seeing Mary Ward in, perhaps, a more realistic light. She was truly a visionary woman, grounded in Ignatian spirituality, who believed that women had a significant role to play in the Church and in spiritual and religious formation/education, and she was tenacious in her efforts to have her Institute approved. But she was also a woman so focused on her divine ambition that she expected her members to make significant sacrifices, she didn’t pay careful attention to the conditions of some of her foundations, and she didn’t play the political-religious game well, to the detriment of her work and of members’ well-being. She was, in short, a woman like the rest of us: a woman of divinely inspired potential, striving for the greater glory of God within the limitations of her humanity.

At the end of our summer school program, we made a little pilgrimage to Osbaldwick, the site of Mary Ward’s burial. Her tombstone hangs in the parish there although we don’t know for sure whether she is still buried in the churchyard or if her body had been moved elsewhere at some point in history. Regardless, it is a meaningful place for all Mary Ward women, the galloping girls, to visit. We ended our summer school together with a time of profound prayer and unity with each other and with our foundress, inspired by the words on her tombstone:

To love the poor,
persevere in the same,
live, die, and rise with them
was all the aim
of
Mary Ward who
having lived 60 years and 8 days
died the 20 of January 1645

These words have taken on a deeper meaning after our studies, now that we can interpret them more fully. She loved the poor (the materially poor, the spiritually poor – in England and elsewhere), persevered in the same (of the Society), lived, died and (will) rise with them (the members of her Institute). Mary Ward’s mission and charism are there for the world to see.

With the end of the summer school, it is time for this galloping girl to head home. With a suitcase and a heart full of treasures. 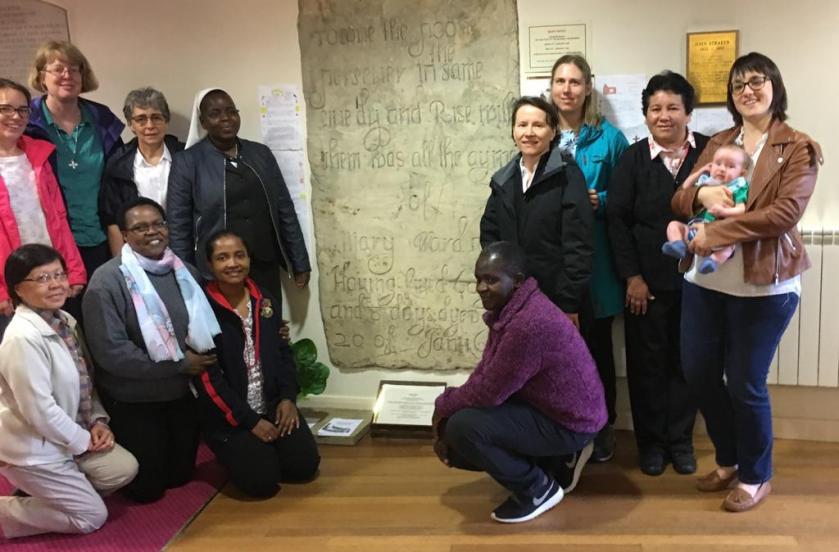 The participants of the Mary Ward Summer School 2019